A ribbon cable (also known as multi-wire planar cable) is a cable with many conducting wires running parallel to each other on the same flat plane. As a result the cable is wide and flat. Its name comes from its resemblance to a piece of ribbon. Ribbon cables are usually seen for internal peripherals in computers, such as hard drives, CD drives and floppy drives. On some older computer systems they were used for external connections as well. Round cables have almost entirely replaced ribbon cables for external connections and are increasingly being used internally as well. 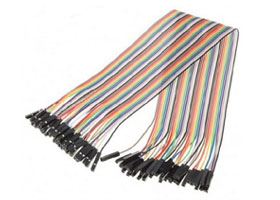